The mysterious glow of Kuindzhi paintings 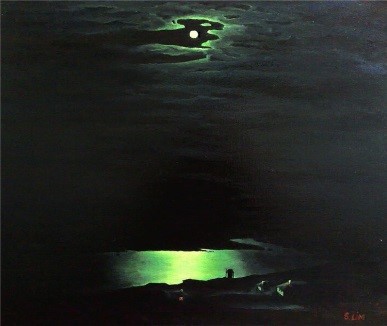 The unusual exhibition was opened in St. Petersburg in the autumn of 1880, where only one picture was presented. The whole street was crowded with carriages, people queued for hours and in order to avoid a crush the organizers were forced to launch the audience in groups. The admiring inhabitants looked at the canvas in prayerful silence, some left the gallery with tears in their eyes. What was depicted in that picture? The usual landscape — «The moonlit Night on the Dnieper», written by the hand of one of the greatest artists of Russia Kuindzhi A.I.

The master of color and light

All the Kuindzhi works are distinguished by mastery of color and light. He had a truly unique ability to feel the light transmission and subtle transitions of the tones, which was even checked by the sensivity mesurment device.

The artist was the real master of contrasts and one of his secrets was a system of complementary colors. For example the warm reddish tone of the earth in the picture is contrasted with the cold silvery-green shade of moonlight. You can use the digital color wheel in the Color Assist application in order to get a better understanding of the contrast methods used by the artist. The additional colors are opposite on it.

The master achieved the maximal expressiveness having contrasting colors nearby.

In addition Kuindzhi was very attentive to the demonstration of his paintings. The whole room was draped with a black cloth, the windows were closed tightly, only room lighting was allowed and the light fell exactly on the picture during the exhibition «Moon Night on the Dnieper».

Another secret of the artist were asphalt paints. The paints was not phosphorous as contemporaries supposed. They were made from asphalt and referred to oil paints. Asphalt paints were used often for glazing, because of its transparency and ease of guidance and also because of its pure brown color.  This paints are easily mixed with any colors, except white, giving them velvety and saturation. In the weak liquor they only enlivens the color, like a lacquer.

This paints dries long enough, which leads to breaking of the varnish. In addition it gradually blackens everything it is connected to, therefore it is mainly used with dark colors. This paints behavior especially noticeable in his masterpiece «Moonlit Night on the Dnieper,» which was purchased by Grand Duke Constantine before the exhibition for fabulous money.  The owner highly appreciated this picture took it on a round-the-world trip. The oil paints darkened and faded under the influence of wet and salty air, and now picture differs markedly from the original. 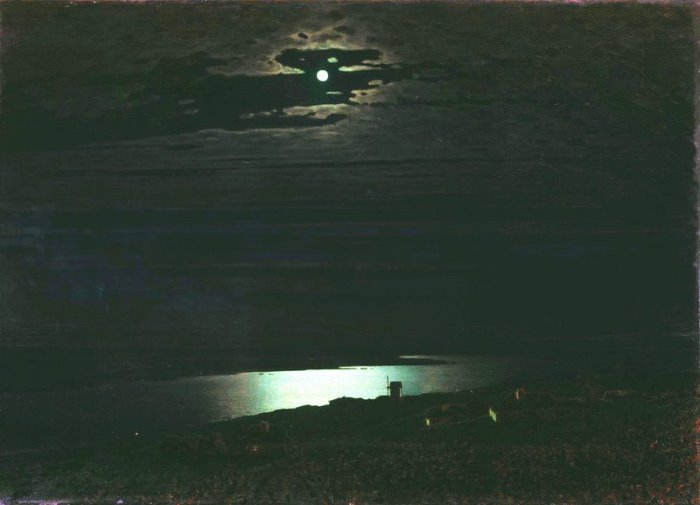 These all techniques described above taken together created a mysterious glow, which highlights the work of Kuindzhi among other artists.